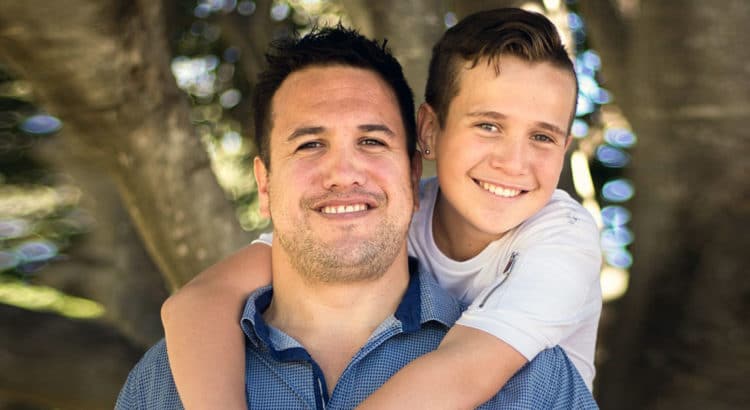 I remember clearly the first meeting I had with an attorney after my ex told me she wanted a divorce. When not at work, I spent nearly all my time with my family and was heavily involved in my children’s daily lives.

I was shocked when the attorney told me that, as the working father against a stay-at-home mom, I should understand that I was very likely to lose any custody debate and to accept the best outcome of alternating weekends with my children.

Looking back I understand the honesty the attorney was trying to present by preparing me for her opinion of the most likely outcome. At the time, though, I was enraged. I stormed out of the office and never spoke with that attorney again because I realized –  there is bias in the custody system. If it was a battle the courts wanted, then I was ready to give it to them!

A Battlefield Not of Your Choosing

Was I about to face a bias in the family court system? For wisdom in a battle, like a custody battle, modern theorists still look back to Sun Tzu. In the late sixth century BC he wrote his famous, and still valid, book based on his war experiences, The Art of War. In it he wrote, “If you know the enemy and know yourself, you need not fear the result of a hundred battles.”

Included in Sun Tzu’s wisdom, beyond knowing the enemy, is knowing and choosing the battlefield. Unfortunately in divorce the battlefield is chosen for you in the family court system. It’s handy though because it makes it easy to learn what to expect.

As a numbers man, I chose to search out the statistics of the courtroom battlefield as well as today’s fatherhood involvement rather than rely on lore.

When talking custody, there are two types; legal and physical.

Legal custody determines which parent can make the major decisions in a child’s life. The results out there are pretty clear that the vast majority of legal custody is joint.

The definitions vary across the country but, no matter where you are, you can count on a bunch of movement of the children back and forth when talking shared physical custody.

Looking strictly at the numbers, it seems pretty clear that, in roughly 5 out of 6 divorce cases with children, the mothers are gaining primary custody and more time and influence with the children. That would make sense decades ago when the courts operated under the tender years doctrine, which basically stated children are best raised by their moms after divorce.

By the end of the twentieth century, though, all states have shifted over to a best interest of the children standard. Many states have even determined any discrimination based on gender in custody is in violation of the Constitution’s fourteenth amendment. With the law today clearly pushing for equality in custody determinations, the statistics seem oddly out of balance.

A Reflection of the Natural Division of Time?

The best interests of the children determination is weighed heavily on each parent’s involvement in their children’s lives.

The American Time Use Study depicts an interesting disparity in the time spent in our children’s lives between mothers and fathers. In simple terms, even though the split has improved in the last fifty years, mothers still spend about twice as much time taking care of the home and the children than fathers.

Looking deeper into the weekly breakdown in the Time Use Study, when you normalize both parents’ work time to the average woman’s work time while also normalizing both child and home care time with the average father’s time, the remaining hours can be grouped into additional time taking care of kids and home, self, and additional work.

Both mothers and fathers spend roughly the same time taking care of self, so that time difference is neutral.

It seems, based on the Time Use Study data that our society still holds somewhat to the old roles at home. Neither parent is going above and beyond. The kids and home obviously need the additional care time, so the mothers pick up that role. The family unit as a whole also NEEDS the additional income through work, and the fathers are picking up that role.

For each family unit, these roles don’t just happen. The parents assume the roles and assign them to each other. Prior to any discussion or idea of divorce, each parent is picking up the extra requirements that the family needs.

Yet, when divorce occurs, the two areas that needed additional attention, home/kids and work, are looked at historically by the court to determine custody and support. The best interest of the children standard is being determined based on the manner in which each parent used their additional time, often with the concurrence of the other parent.

The idea of assigning custody based on the best interest of the children is correct. But the mistake is to continue to enforce our societal standards that fathers assume additional work time to provide the required income for the family.

Reinforcing pre-separation behaviors results in a bias in the system when making custody decisions. While fathers can easily develop their own unique parenting style and adapt to a co-parenting relationship, too often they are denied sufficient opportunity.

Legislative Reform in the Best Interests of the Child

Today, many states are actively working legislation to increase the time spent with each parent, some going so far as setting shared custody as the default, such as New York. There, anything other than equal time must be explained as to why the awarded custody is in the children’s best interest. Essentially, either parent that wanted more time must prove the parenting fault with the other parent, which can be difficult to prove with solid evidence.

On paper, these types of legislative victories sound great for fathers. But, if the courts continue to use role history as their method to determine the best interest of the children, the record of custody will likely remain unchanged.

Professional studies of children today enforce the benefit children reap from equitable time with both parents after divorce. The current method of determining best interests needs to catch up with the science and remove the bias.

One better method recognizes the need to phase in the adjustment to the children’s lives while also looking strategically to the long-term benefit the children will receive from equitable time with both parents.

The courts could look at a phased custody adjustment, where the initial custody is based on historical time use. However, there should be a point in time where the custody becomes equitable (and more cooperative). During the time leading up, the visitation days with the father could gradually increase to allow both the children and the parents to adjust to the new roles and the new norm for their family going forward.

Sadly, too many fathers see the writing on the wall and know the conclusion the biased system will reach.

Looking at the statistics for divorce very recently, the indisputable fact is that women initiate the divorce far more often than men, with nearly all of these being filed for no-fault, meaning the father did not abuse, commit adultery, go to prison, or abandon his family.

Fathers did what was right for their family prior to divorce, they met their family’s needs and, after heading down a path to divorce not of their choosing, they get punished. As a result, in an effort to end the pain and flood of money into the legal support system, they settle. Well over three quarters of the custody decisions today are made outside the courtroom.

Change Dads Must Fight For

It’s shameful that, as a nation that seeks to shine for equal rights worldwide, we allow this to happen. The system needs to catch up and go the extra mile for equality and the best interest of the children.

A switch won’t happen tomorrow. Anyone who has experienced a Department of Motor Vehicle’s line knows the speed of the Government.

While we wait, as dads, if we can increase our time with our families and force the decisions to run the distance through the system, we can start to see a shift towards more time with fathers.

We will never see the issue challenged in court if we continue to settle for less! Come on dads, press forward, don’t settle, demonstrate your ability and desire to devote more time with your kids, and win the time you believe is best.

By fighting the full distance, you start to change the trend for the dads that will follow you in the system.