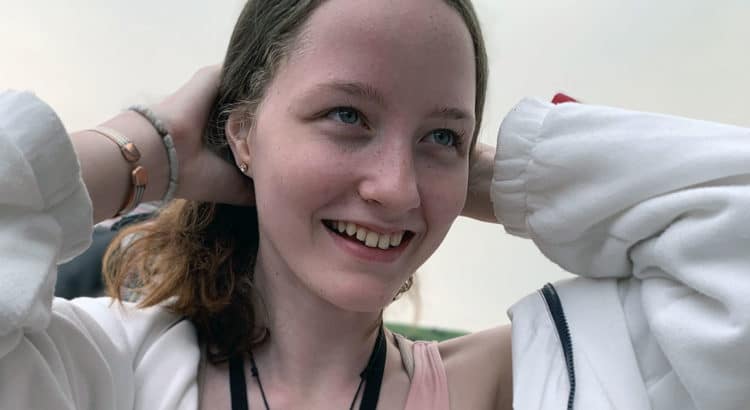 I’ve done it for more than 15 years: co-parented with my ex. If you’re interested to know what I’ve learned, read on. Here are 6 tips for how to co-parent with your ex successfully.

The mother of my daughter hates my guts. She doesn’t just dislike me; she loathes me with a passion. And yet, we have no choice but to learn to co-parent together.

To be perfectly honest, she’s not really my favorite person in the world, either. However, strange as it might seem, it is more common than we might want to think in this world that you can share your greatest love with your worst enemy.

1. Put Animosity Aside for Your Child

Tip 1 is to put animosity aside for the benefit of your child.

While her mother and I are barely civil to one another, we have never allowed this to influence how we set ground rules for our daughter. This fact alone has allowed us to navigate the last fifteen years of our daughter’s life with a mutual understanding and respect, while maintaining a safe distance from one another.

I am proud to say that my daughter is a sweet, charming, thoughtful and delightful young lady who graduates high school with honors next month. Her mother’s and my early decision (we separated when our daughter was less than two) to keep our personal feelings for one another out of the parenting equation apparently had good results.

We didn’t have to like each other to keep teaching our child to make good decisions. In a way, we are very fortunate that we were both raised with the same general principles, social mores and taboos, though we often have very differing opinions about them.

And while there are certainly grey areas and some difficult negotiations along the way, we are both coming from basically the same place. We want our child to be happy, and we want to support her growth in learning to think for herself and make choices that will serve her best throughout life.

2. Find a Custody Arrangement that Works for Your Child

The challenge of coming up with a child custody solution is perhaps the main reason why separating parents get caught in long mediation and court processes. It touches on the delicate subject for many parents of how a child’s time should be divided. Tip 2 is to work hard to come up with a workable custody plan.

Custody negotiations depend a great deal on how close parents live to one another. If you, like me, you can stay close to your child’s school, you can look at shared parenting, including arrangements such as 50/50 custody or 60/40 custody.

3. Allow Each Other to Parent in His or Her Own Way

While we worked hard at putting aside our feelings and personal biases in discussing what is best for our kid, we’re polar opposites in the way we manage our personal lives. We both take responsibility for exposing our daughter to both the good and the bad of our own personal choices, so that she might make up her own mind.

For instance, my daughter has been raised religiously non-denominational for the most part. This is not because her mother and I don’t both have our individual beliefs; but that they are not the same beliefs. Rather than force one upon our child, we decided to just let her make her own choices and make ours available to her.

Her mother is a non-practicing Catholic who still celebrates Christmas and Easter; I am a reasonably practicing Jew — which is to say, I observe high holidays and try to at least acknowledge Shabbat.

The fact of our different heritage has another interesting aspect for raising our daughter. Since Catholicism is passed down patrilineally, and Judaism is passed down through matrilineally, our daughter does not belong inherently to either religion. This oddity in our religious backgrounds actually forced her mother and I to take this issue very seriously and were probably some of the longest discussions we ever had concerning her upbringing.

Note that the other big issue for us became medication, as our daughter was diagnosed with ADHD early in her life. It has been an area where we disagreed on appropriate treatment, which in turn forced us to have very passionate dialogues about what was important to us.

While religion could have become a really difficult part of parenting, instead it became perhaps the most important aspect for us in learning how to parent together while separate. Because this particular aspect of raising our daughter was a bridge that could not be crossed, what we had to learn early on was how to share our differences to our daughter without making the other party out to be “wrong”.

Now, in some ways, I have to admit that this particular aspect of my parenting might leave others angry or questioning. Even from members of my own faith, I have experienced a small and subtle backlash in choosing not to push my personal beliefs upon my child. Still, I am fortunate that her mother shares similar views.

So we choose to focus instead on things that we both agree are important. Instead of teaching about Jesus or God (or Buddha, Mohammed, etc.) we talked about sustainability, responsibility, compassion, conservation, philanthropy and other core values we mutually consider important. These are principles that are demonstrable and have proven results.

We are also pretty solidly agreed on our lessons concerning work, school, play, friends, and a host of other subjects, so in the grand scheme of “what our kid needs to know”, religion really is pretty low on the totem. We feel that we can talk about religion when she brings it up.

I believe the only truly morally responsible act to take as separate parents is for both to strive to keep the welfare of the child or children the most significant part of any communication. Strive to create harmonious outcomes (or at least ones that are fair compromises) concerning consequences and rules. Documenting what you have agreed on in a parenting plan is also a good idea.

Whenever possible, you should agree on basic principles and expectations and be consistent in both homes.

5. Recognize that Your Child has More Information than You

Your child might seem innocent and you are confident they have been brought up well. But the urge to play one parent off the other, especially when the parents hate each other and can barely communicate with one another, is just to delicious and irresistible to a child who wants something really, really bad.

Manipulation becomes easy and, before you know it, they will master the art of lying and managing affairs to get their own way. Don’t ever underestimate how smart they are. And don’t make the mistake of thinking they aren’t listening and seeing what is going on when you least expect it.

6. Bring New Partners on Board with the Strategy

Tip 6 is to make sure your new partners respect your wishes with your ex, and are on board with your plans in being consistent. It isn’t a competition.

If you aren’t in agreement with your ex, and your new partner supports you in that decision, you can escalate very quickly to a situation that is not manageable. Cooperating with your ex is essential to avoid being in a constant state of anger and frustration, or heading back down the very expensive road of court costs.

You don’t have to like your ex, but you have to work together where the kids are concerned. After all, you made them together, right? Well, now you have the responsibility of raising your kids together… and that means getting on the same page when it comes to parenting, even if in no other aspect of your relationship. You owe it to your kids.