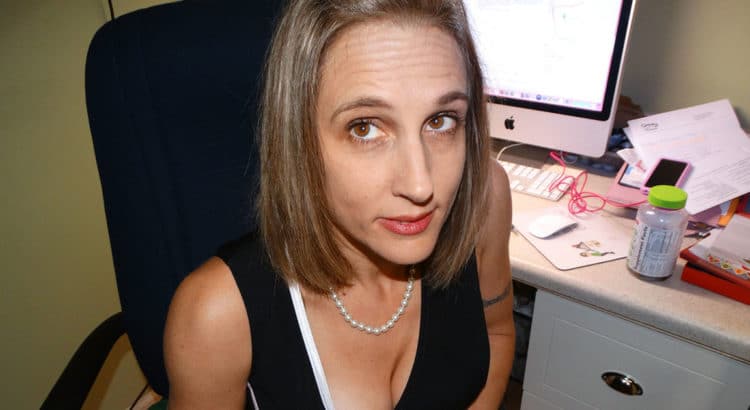 If you are facing an upcoming divorce and custody battle, this tutorial is for you. Gals, in this day and age, it’s not enough to just say, “I’m the mother, therefore I get custody of the children.” Fathers have come a long way since Ward Cleaver’s time, when dad disappeared for hours on end then came home and spent the evening reading the paper and complaining about the wife’s meatloaf.

Some modern fathers have the annoying habit of actually being involved in their children’s lives. While this frees you up to spend more time shopping at the mall and gabbing with your friends on the cell phone, it also creates a threatening track record of paternal caregiving. And we can’t have that.

Fear not, there’s a lot you can do. Short of contriving a case of domestic violence against him (see Domestic Violence Tutorial), you can still jam a wrench into his parental machinery. Here are some surefire tactics that are bound to put you in the driver’s seat in your custody war.

Prevent Him Being an Involved Father

Intercept all communications from school personnel and health care providers. Hide school announcements such as parent-teacher conferences, school open-houses, and sports events (especially tournaments where there are lots of witnesses to his absence).

Write fake dates on the calendar in pencil (a few days after the actual event), then when he misses it, re-write it on the real date and erase the fake one.  After a few times he’ll be so befuddled he won’t even try to get to another event.

If your husband does somehow find out about the event and comes home early to get ready, flee immediately, slamming the door on his foot, thus rendering him incapable of attending the event.

Schedule medical and dental appointments for the children during days and times he can’t possibly get away from work. Be sure to have the doctor write in the chart that only you were there, and bemoan the fact that the children’s father is so uninvolved.

Change the school information card to ensure that only you are listed on the emergency contact section. Instead of their father, list your boyfriend, your hairdresser, or your second cousin twice-removed.

Intercept mail from your husband’s company, bills in his name, and any legal notices. Shred them immediately. By the time he finds out what he missed, he will be spending so much time trying to fix the problems that he won’t have any time to spend on parenting.

Tactics After You Separate

These tactics generally work only when you are still living with your spouse. Once you have separated, you have to get even more clever. Here are some additional techniques you can use to increase your chances of total victory.

Quit your job, citing vague health problems (but not too severe to interfere with your parenting), then file for spousal support from your husband.  This ensures you can stay home all day and be there when the children come home from school.

Once he’s slapped with maintenance payments plus child support, he’ll have to get two jobs just to stay afloat. This will virtually guarantee he won’t have any time to spend with the children. Even if you and he shared parenting before the separation, your status as “primary parent” will be unassailable.

Before you separate, be sure to capture your husband’s e-mail passwords and remote telephone codes (too many dufuses leave these things on sticky-notes pasted to the computer).  This will ensure that you can check up on all his activities even after you’re living apart.

Once you can access his e-mail or messages, you can erase important ones, or gather crucial intelligence on what he’s doing to further his case.

Continue waging war without looking like it. Engage in psy-ops procedures whenever possible.

Just when he thinks things have settled down, sabotage cooperation at every opportunity.  If he wants to have the children Christmas Eve, demand that you get them, because your family has traditionally had Christmas Eve for years (even if you never have; remember, this is war, and you can’t let a pesky little thing like the truth get in the way of winning).

If he proposes splitting the winter vacation in half, declare that’s the stupidest thing you’ve ever heard of, and tell him you’ll alternate by year.  Argue with him over every conceivable issue relating to the children.  Eventually you’ll beat him down psychologically to the point that he will give in to your every demand.

And don’t forget that a little parental alienation can go a long way. Whenever the children mention their dad, feign distress and scold them for bringing up someone who is so detestable to you.

When they return from seeing him on a weekend and want to tell you about how much fun they had, cut them off immediately and remind them about how hard it is for you to be a “single parent.” And be sure to meet them at the door, hug them dramatically, and cry “Thank God you’re safe!”

Eventually, they’ll stop saying anything positive about their dad in front of you. Because you’ve thoroughly ingrained it into them, this will also be their attitude when they talk to the parenting evaluator or guardian ad litem.

Now, after you get custody of the children, you actually want to maximize the children’s time with their father (up to a point, you can’t let them live with him or anything).

Once you have the child support nailed, the more time they spend with him, the more he has to pay for them out of his own pocket, on food, entertainment, school supplies, clothes, shoes, coats, etc.  This ensures that you get to spend the child support money on what’s important to you: you.